As of present I have only watched through Episode 22 of 51. My opinion is subject to change.

While stumbling around the depths of anime I stumbled across the show Kishin Douji Zenki and was immediately interested from seeing video clips (mainly the amazing title sequence set to music by Hironobu Kageyama of Dragonball Z, Shin Getter Robo and *shudder* M.D Geist fame) and I decided to give it a try. I can immediately tell you that this is an anime which you will either like or hate depending on how accustomedto older anime your are, as well as actively adjusting your watching habits for the type of anime.

I will not spoil much in the way of plot for this show, but the show is focused on action and battle sequences which typically occur near the end of each episode. Each one of these battles is typically over a Seed of Evil, which has the power to possess an individual and transform them into a monster. It is Zenki's purpose to destroy the seeds of evil. Below is a more detailed look at the show

The first 13 episodes of the anime are episodic and if watched immediately one after the other, then it can feel very repetitive. For the first twelve of 13 episodes it is mainly Zenki and his keeper Chiaki Enno, the 55th descendant from the great mystic Ozune Enno (if you are unfamiliar with him, there are good articles on Ozune Enno across the web), battling evil dispersed by the seeds of evil. Episode 13 is a clip show of highlights from the prior episodes, but while it may be tempting to skip this episode, I feel it to be necessary as the anime soon gets a running plot and I feel without this episode the plot transition from an episodic to a running plot would have been too great for me. From episodes 14 to 25 it is a running plot dealing with the main antagonists being Anju, Karuma, Guren and Goura, each a sorcerer of evil, as well as the acquisition of the golden axe from the dragon Ryu. The antagonists are defeated, but Karuma escapes at the last moment, only to have later dispersed her rage in the form of seeds, known as Seeds of Karuma (revealed in episode 27). Episode 26 is another clip show for the series thus far and at the end introduces a new villain: The Dog Deity and his servant Kokutei. They test Zenki's power and often, Zenki finds that the monsters which The Dog God spawns are only able to be defeated with the golden axe, even then, it sometimes has no effect. Additional characters of Kazue and Akira are introduced, the former is a scientist equipped with spirit tracking and destroying technology and the latter is later revealed to be the guardian spirit Goki, who has the appears of agility and the ability to revitalize Zenki's power. They continue the fight between good and evil where then the evil Karuma beasts, but are still outpaced by the Dog Deity each time. Episode 32 is particularly notable for its emotional depth in character relationships and further establishes spirits, here the character of Hikawa was introduced, a former coworker and lover of Kazue, believing in living with the spirits rather than fighting them, which had caused him to leave the workplace which he and Kazue shared; he resides by the lake where he has befriended the spirits, but one, Mizuchi, has been possessed with a Seed of Karuma. Hikawa tries to reason with it and Mizuchi seemed to have responded, but soon gave in to the Seed of Karuma's power, leaving Zenki to destroy Mizuchi with the Golden Axe; While all seems lost, Zenki tells Chiaki that spirits never die, I found this particularly heartfelt.

From what I have seen of the series thus far, I can saythat I like for its action sequences, as they are in a similar vein to earlier Dragon Ball episodes in the way that they are panned out, except Zenki lacks the comedy elements around the fight scenes (though Zenki is not devoid of humor as a whole, it is mainly relegated to the slice of life segments in each episode) and has a slightly darker tone. Every few episodes Zenki and/or Chiaki use a new fighting move, which I feel saves the plot from becoming repetitive. That said, I can recommend this series conditionally, for I have not seen the whole thing, but it has great action sequences and a set of characters, who though align with many of the tropes from that era (think Dragon Ball and Ranma 1/2), are still likable.

As a footnote, there is technically a fifty-second episode, which was released as an OVA a few years after the series ended. Its events are mainly contained in the plot and do not reference the series. I am looking for this OVA in a subtitled format (despite hearing bad things about it), but it seems near impossible to find. If anyone knows where to watch it, or has the file, then please contact me on the profile page provided by Neocities or E-mail. 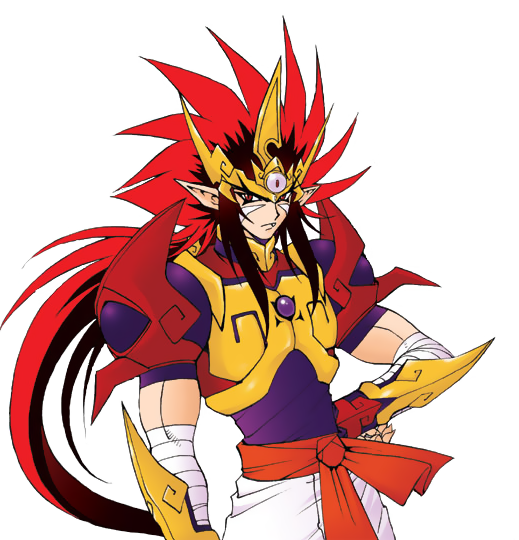