King of Thorn (Ibara no Ou) 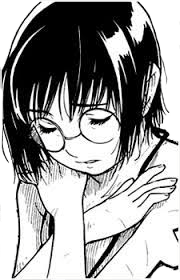 The storyline is quite elaborate, so I feel revealing too much will just be spoiling the publication.

The story begins with the introduction of two sisters, both infected with a virus known as Medusa. One, Kasumi Ishiki, is separated from the other, Shizuku Ishiki, to enter cryosleep as part of an experiment to find a cure for Medusa. However, when Kasumi wakes up, she along with some others find themselves abandoned on the island where the laboratory was. Their main goal now is to survive. The main characters aside from Kasumi are Marco Owen, a criminal, who despite is dark and mysterious past, cares much for the survivors and actively tries his best to help them; Katherine Turner, a motherly figure who protects the youngest of those infected with the Medusa virus: Timothy Laisenbach. Together they, along with the traitorous doctor Peter Stevens, and the strong police officer Ron Portman, each encounter harrowing encounters with flying monsters, giant lizards and venomous frogs among other things, all of which lead up to the biggest plot twist of them all in volume 5, while some have complained that said plot twist turns the series into a more generic fantasy series, I feel that it was still appropriate considering some of the increasingly strange happenings in the prior volumes. The conclusion is a satisfying one too and is definitiely bittersweet, considering what has been found out by Kasumi.

This is one of the best series I have read and I feel that this short review has not done it true justice. With a tense plot and good charcters, this manga will leave you on the edge of your seat, flipping through each page. Recommended!